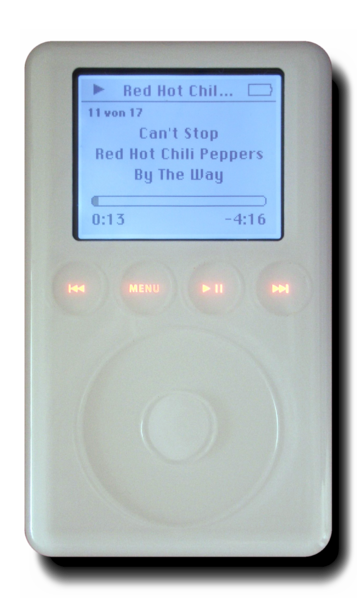 When the iPod became the iPhone in 2007, the writing was firmly on the wall.

In Q4 2013, Apple shipped over 50m iPhones whilst just 6m iPods went out the door. Though the iPod was released in 2001, its high price and Mac-only compatibility meant sales were slow until 2004, when the iPod took centre stage in Apple’s “digital hub”.

It was the first successful foray into a new market for Apple and inspired the development and subsequent launch of the iPhone. Put simply, it change the fortunes of Apple, who in turn created (evolved) a new market segment, smart phones.

Apple still dominate this segment, Android may ship more smartphones across the world but iPhone usage is still three times higher than it’s closest competitor. At it’s height, the iPod shipped over 20m devices per quarter and have sold over 350m in total. For many people, it was their first exposure to Apple and influenced an entire generation to buy-into the “it just works” mantra and, for even more, a chance to dump the complexity of Microsoft offerings.

The iPod’s digitization of music changed, forever, the way to consume music. Despite heavy pressure from the old-world record labels, it kickstarted the move from owning physical music assets to the subscription model that is used today. Spotify, Pandora and even the iTunes store was the result of this disruptive model. It also made Apple rich, very rich.

I bought my first iPod exactly 10 years ago, on trip to New York, the lovely white one pictured here – so popular (and expensive) at the time in the UK that I brought back 4 with me for people who had asked me to get them. I’ve still got mine and it still works but I can’t sync it anymore so it’s a frozen-in-time reminder of what I was listening to in my 30’s, all 20gb of it. I don’t use it now, I have Spotify on my iPhone and iPad.